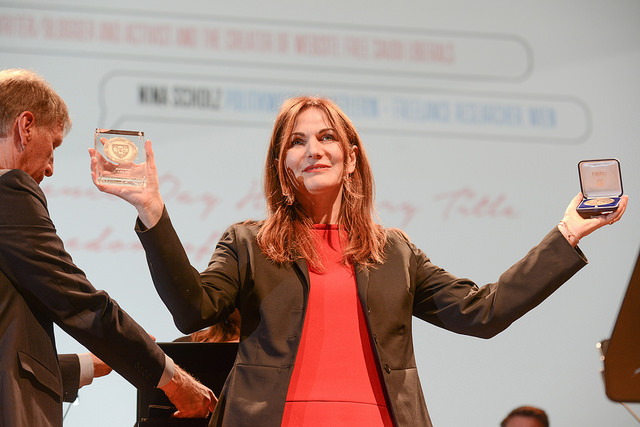 Two medals for Raif Badawi, given by the Brussels University Alliance.

I am deeply moved and very grateful for the honor given to Raif Badawi by the Brussels University Alliance.
Before I address you myself in the name of Raif Badawi, Ensaf Haidar, his wife, would like to present you a short message from Canada. The brave Ensaf is fighting tirelessly for the freedom of her husband. It was impossible for her to take part in this event herself, because she didn’t have any travel documents until recently. 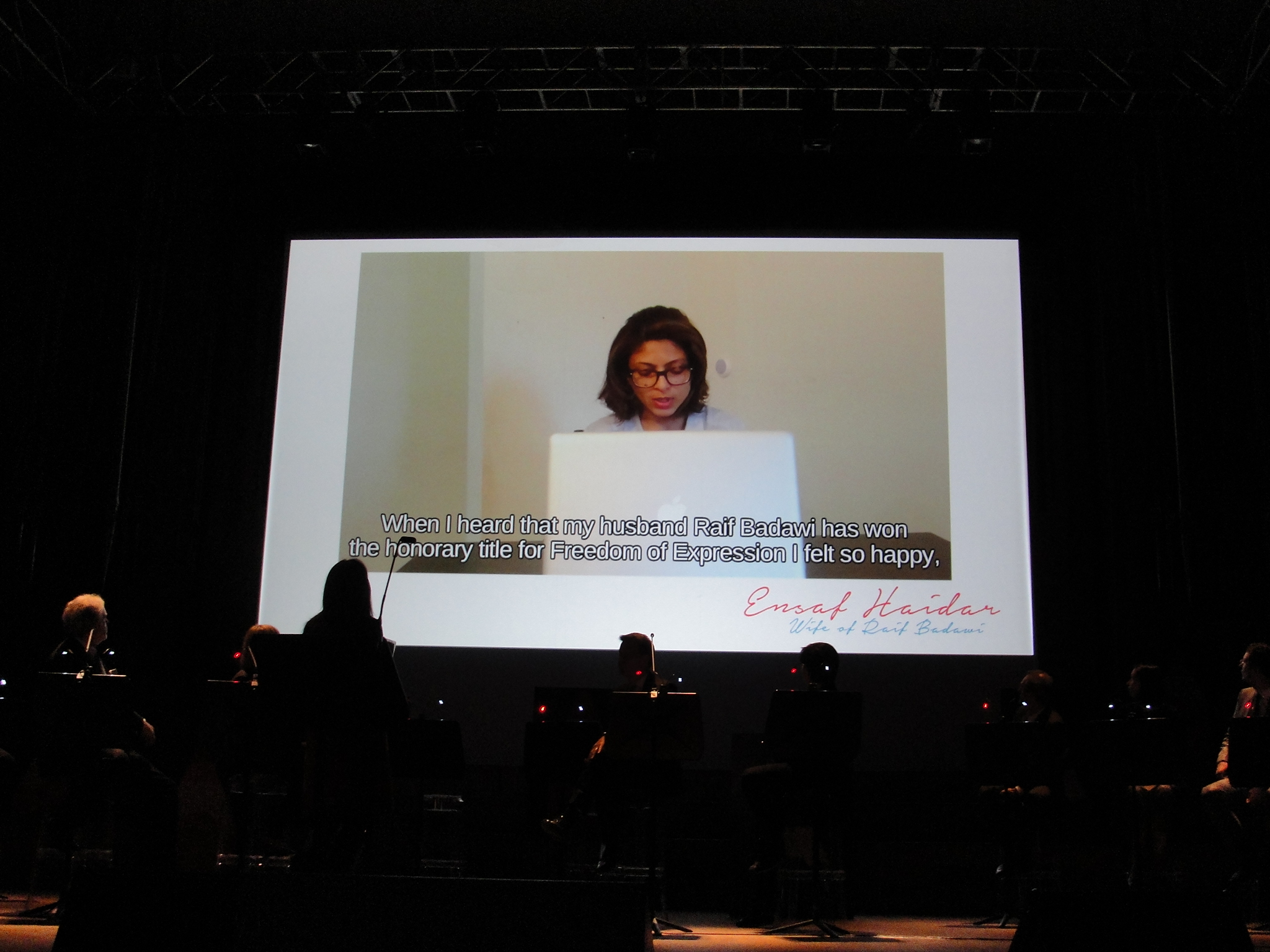 Distinguished members of the Brussels University Alliance, Ladies and Gentleman,

today, Raif Badawi spent his one thousand and thirty seventh day in prison. He is there simply because he exercised a right we often take for granted; one we regard as a basic human right, to which everyone is entitled equally, on the sole ground that he or she is a human being – the right to freedom of speech.
Without it, there can be no free society.
For this, Raif was sentenced to a ten years in prison and one thousand lashes. Elements of the clergy and the public in Saudi Arabia still press for an indictment for apostasy – and we all know what that means in Saudi Arabia.

In the last four months, since his public lashing on January 9th, Raif became an icon for Freedom of Speech, transcending far beyond the borders of Saudi Arabia and giving great courage to all of us.

To bring about change to society we need people like Raif, who – despite great personal risks and against all obstacles – dare to address the problems of their societies.

As you might know, Waleed Abu al-Khair, a renowned human rights activist and Raif’s attorney, has also been sentenced to fifteen years in prison; and in Saudi-dependent Bahrain another outspoken and prominent supporter of Raif, human rights activist Hussain Jawad, is imprisoned since February as well. Ensaf Haidar, asked me to make sure, their names are mentioned here.

It is a great privilege to me to accept the Difference Day Honorary Title for Freedom of Expression on behalf of Raif Badawi.
When I heard about it a couple of weeks ago, I secretly hoped Raif himself would be able to collect this award in person, however, the Saudi authorities have shown no concession whatsoever, even though the lashings have been temporarily and inofficially suspended in January after international protests. Last Friday for the sixteenth time.

I would like to thank Amnesty International and people all over the world for supporting Raif, for all the letters of protest to Saudi Arabian embassies and authorities; for the requests to their governments, demanding to intervene; for the letters of encouragement to prison; for all the widely published articles and cartoons; for signing the petitions; for their Likes and Shares on Facebook, Twitter and other social media; for organizing vigils, parliamentary motions, lectures, readings and all the other numerous and imaginative means of action.
Please, please continue!

Dear members of the Brussels University Alliance: please have my heartfelt thanks and deep gratitude in the name of Raif and his family. Thank you for your outstanding contribution to the universal fight for freedom. This gesture is of immense help and significance as we continue to press for his release. And for Raif himself it will be a great encouragement, reaffirming him in his courageous fight for Freedom of Speech, even under the grave circumstances of his imprisonment.

It is dissidents like him, who need – under whichever authoritarian rule and wherever in the world – our unremitting support, lest their voices go unheard. With today’s honoring of Raif Badawi you made a major contribution in letting his voice resound more powerful than ever.

Thank you all so very much! 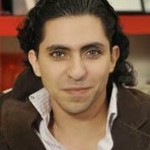 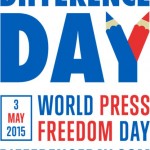 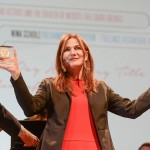 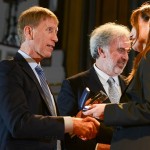 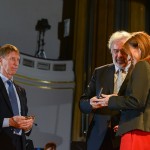 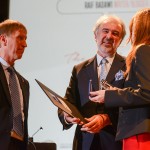 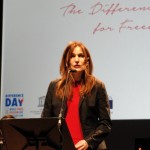 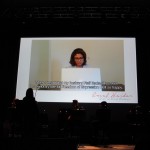 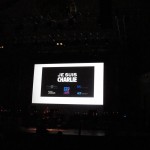 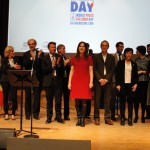 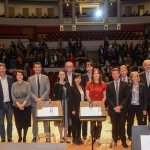 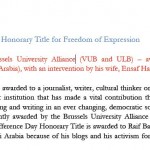 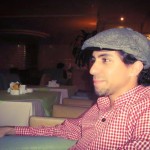 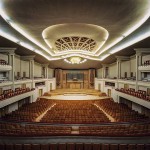